This Land Is Our Land Concert #9 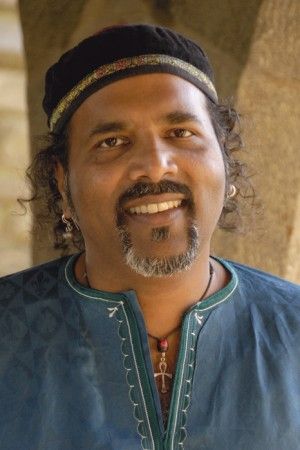 Tom Prasada-Rao is a musician’s musician – an unassuming presence on the folk scene since the early nineties. His voice belies his musicianship and his extraordinary songs. From Rishi’s Garden with its homage to Ravi Shankar to the groove of Sleeping Beauty, Tom’s music is melodic, ambitious, and reverent. In the fall of 2007 Tom quit the road to produce records, raise two stepdaughters, and walk a rather large Golden Doodle named Thurman twice a day. In addition to producing, he took a job teaching music at White Rock Montessori in Dallas. From headlining major festivals 20 years ago, to the relative obscurity of a recording studio – Tom continued to mature as an artist. That work blossomed into an impressive resume of producing credits as well as cuts (his songs covered by other artists). In 2014, Tom’s returned to the road. His new release “ADAGIO” – features bass guitar legend Chuck Rainey, and piano virtuoso Julie Bonk who was Norah Jones teacher – all masterfully produced by Jagoda.